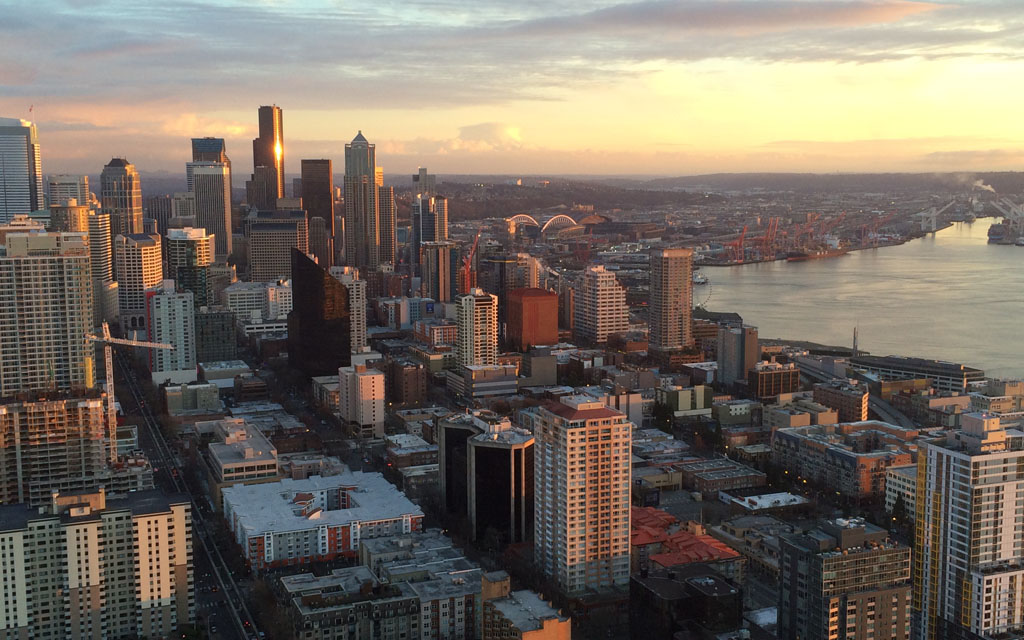 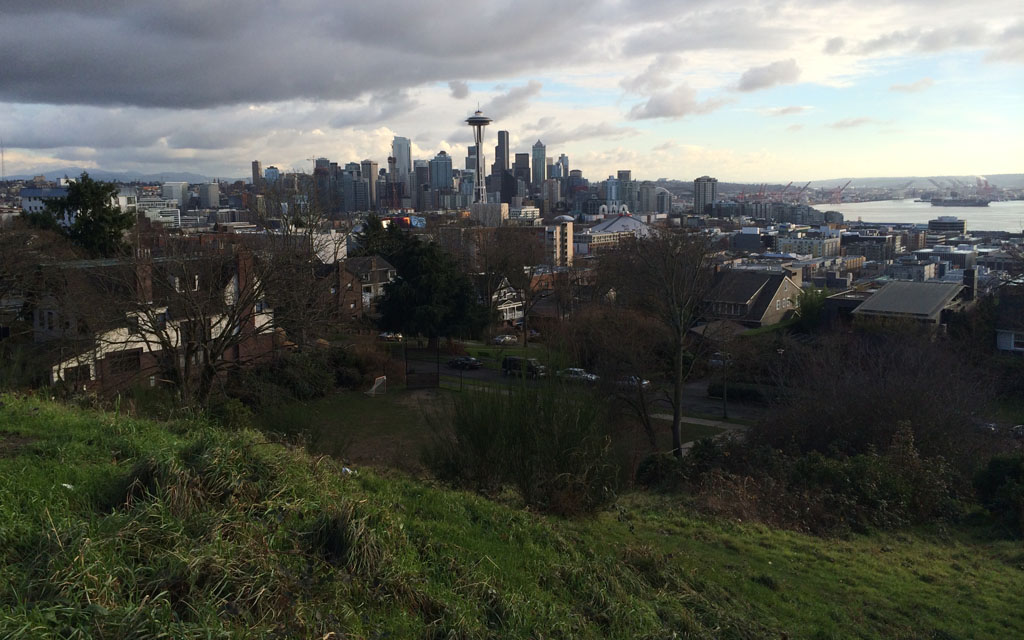 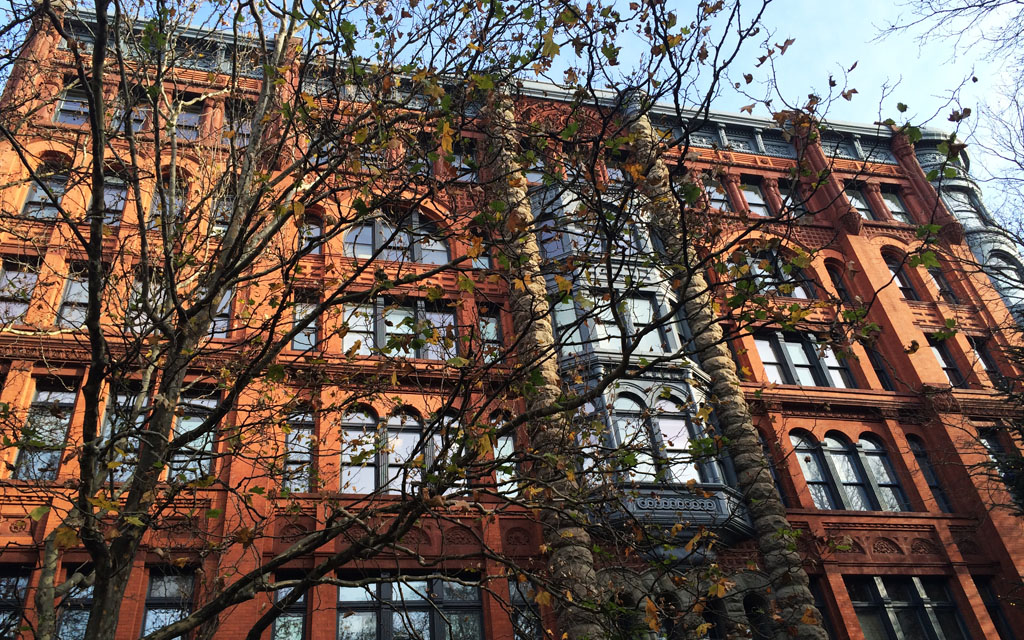 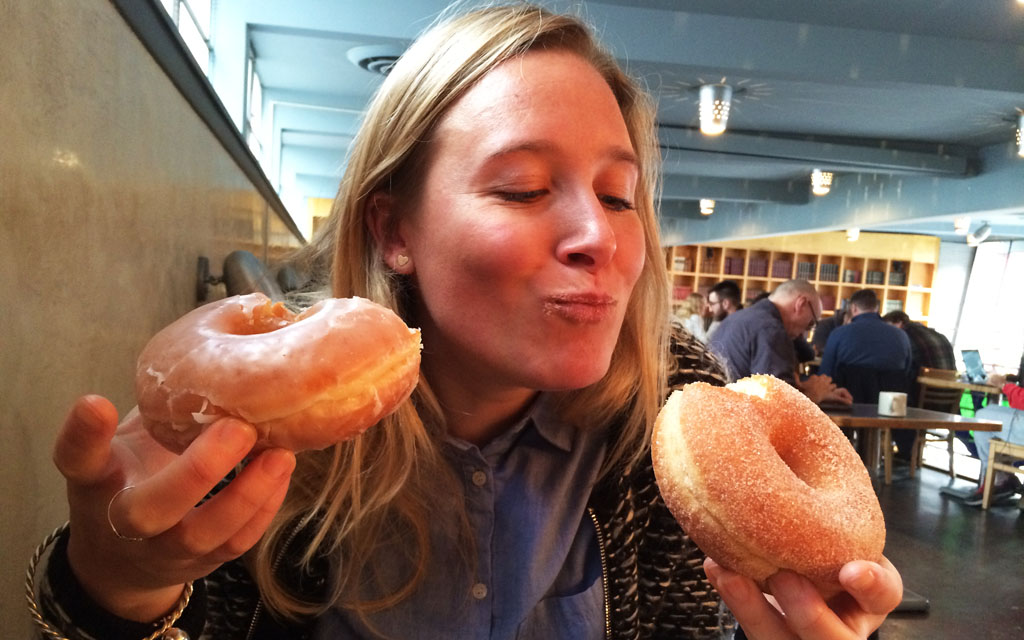 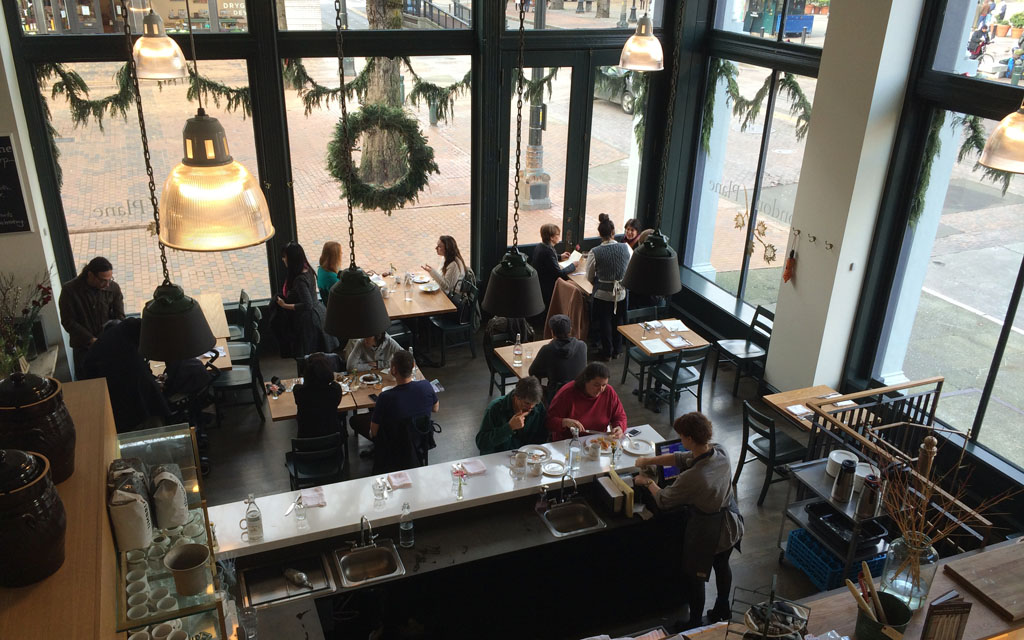 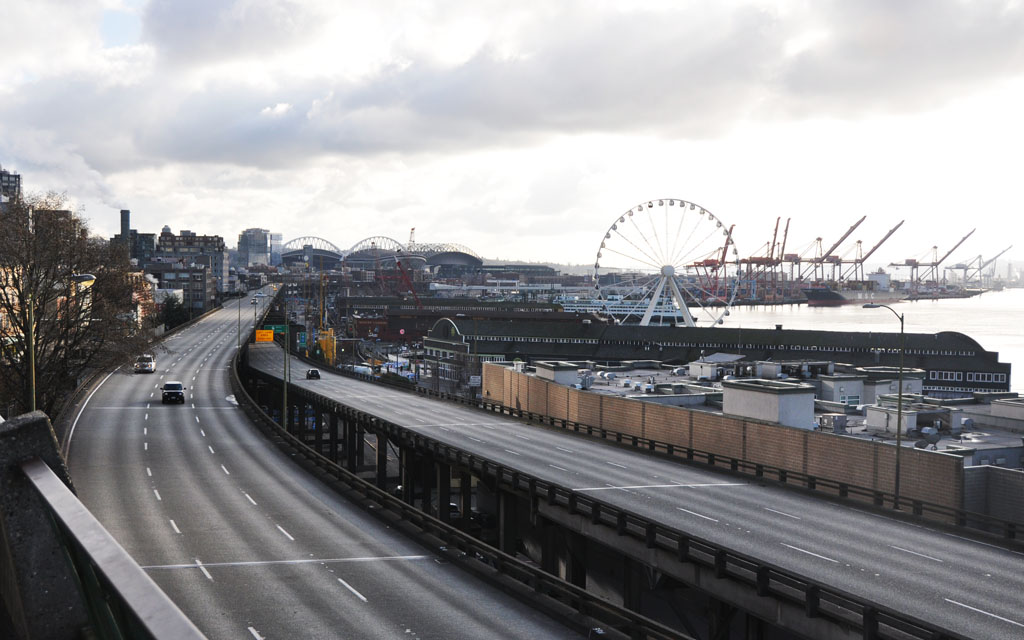 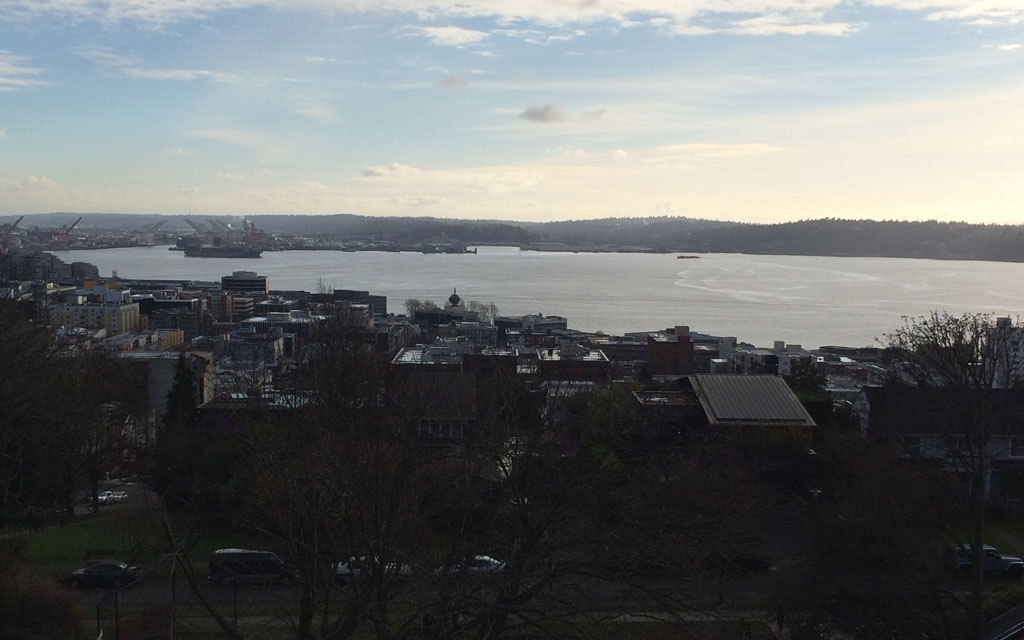 With family and friends back in Sydney, Nick and I decided to head to Seattle for a few days. Arriving by bus from Vancouver on Christmas Eve, we were not too sure on how our four days in Seattle would pan out, with our trip coinciding with the festivities and all.

We wondered whether the city’s downtown shops, restaurants and bars would even be open. Apart from Christmas Day they were, so thankfully what unfolded was a fantastically fun four days jam-packed with exploration and a whole lot of eating!

While the colours and sounds of the holiday season most certainly filled our time in Seattle, an endless supply of great dining options and things to do ensured we got much more than just a few festive days away.

Aside from enjoying the twinkling lights and holiday displays on show in the city’s downtown area Nick and I also admired stunning views overlooking the city, from the towering heights of the city’s iconic Space Needle and Queen Anne Hill at Kerry Park.

We also ate our way around Pike Place Market which overflows with fresh produce and specialty foods, wandered around the EMP (Experience Music Project Museum) which dedicates itself to contemporary popular culture, visited the Boeing factory which is not only the world’s largest building by volume but also where they build 747, 777 and 787 aeroplanes (a production line that is truly incredible to observe), and strolled the city’s streets both day and night.

Although more hilly than we expected, Seattle is an extremely walkable city. So much so that Nick and I found ourselves pacing all over the city, from one side of town all the way to the other and back again. In doing so we discovered some incredibly cool and distinct neighbourhoods like First Hill, Capitol Hill, Belltown, Queen Anne, and Pioneer Square.

We also made it our mission to check out as many of the city’s dining hotspots as possible, which meant eating our way around the city, experiencing first hand Seattle’s vibrant cafe culture and dynamic restaurant and bar scene.

Both Nick and I were absolutely bowled over by the quality and affordability of Seattle’s genuinely delicious food scene. Every meal we ate, whether it was dished up at a food truck or served at a more upscale restaurant was top notch, as were the amazingly fluffy Top Pot Doughnuts!

In many ways Seattle’s food scene reminded me of NYC’s, in regards to the diverse selection of food on offer and the vast number of independently run eateries and drinking establishments, however, on a much smaller scale of course.

Nick and I savoured every bite at Italian bistros, Spanish tapas bars, Korean noodle houses, local bakeries, cosy cafes, candle lit wine bars, and all American burger joints. Not surprisingly, with such an overwhelming amount of great food on offer I will be posting a Seattle food guide next.

Stepping away from Seattle’s culinary delights, and moving onto the city’s scenic highlights, let me just say there’s a reason why Seattle is often referred to as the Emerald City. Surrounded by lush, green forest and comprising of more than 6000 acres of parkland within the city limits, Seattle is a positively green city.

In addition to its greenery, Seattle is also surrounded by water. Sadly, the expansive Elliot Bay waterfront that lines Seattle’s downtown is mostly off limits thanks to a massive double decked highway that spans its entire length. A project to demolish the 62 year old structure and build a 3.2km tunnel under downtown Seattle is currently underway and is scheduled for completion at the end of 2016. The tunnel’s construction not only aims to solve the viaduct’s traffic limitations but also allow better uses for the waterfront real estate, including parks, housing and retail development.

Despite limited walking access along Elliot Bay’s shoreline, there are still many opportunities to enjoy the waterway. A cruise along Elliot Bay on a Seattle ferry is a great way to experience the harbour in all its glory. Unfortunately, Nick and I didn’t get the chance to take a ferry on this trip but hope to on a return visit.

Needless to say, Nick and I had a brilliant time in Seattle, owing largely to the city’s outstanding food scene, coffee culture, stunning panoramic views, eclectic neighbourhoods, and compact size.

Visitors to the city who are only in town for a few days (like we were) can really cover a lot of ground and work through a heavily dotted to do list marked with outdoor attractions and places to eat, drink, and shop with ease.

This iconic Seattle landmark, provides visitors with spectacular panoramic views of the city from its observation deck 520 feet above the ground.

Atop of Queen Anne Hill, Kerry Park is the perfect spot to take in the sweeping views of Seattle and Elliot Bay.

For a morning tea treat or an afternoon pick-me-up head to Top Pot Doughnuts for fluffy round rings of doughy goodness!