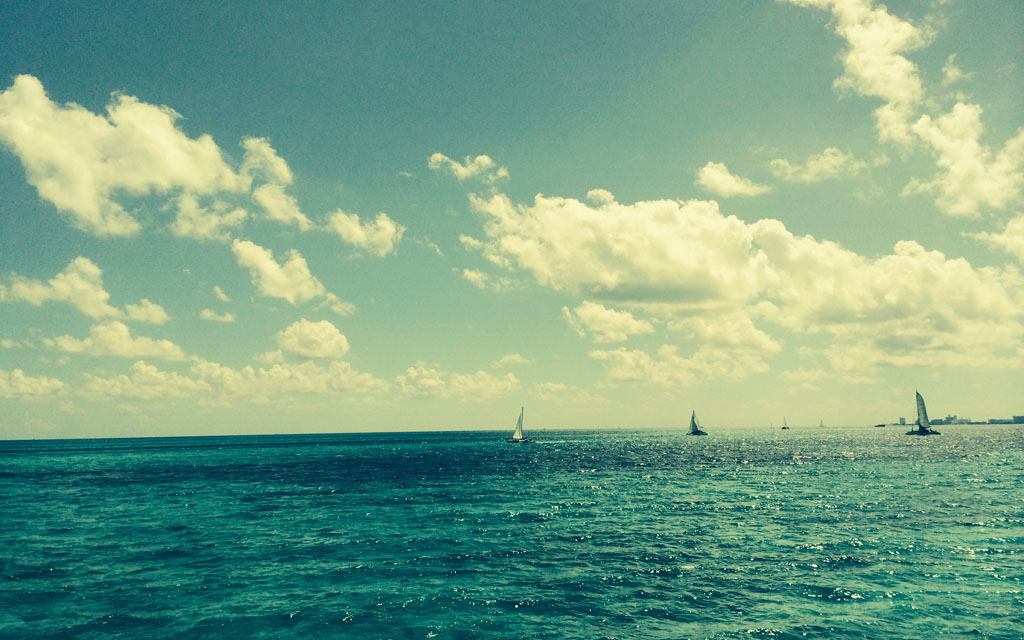 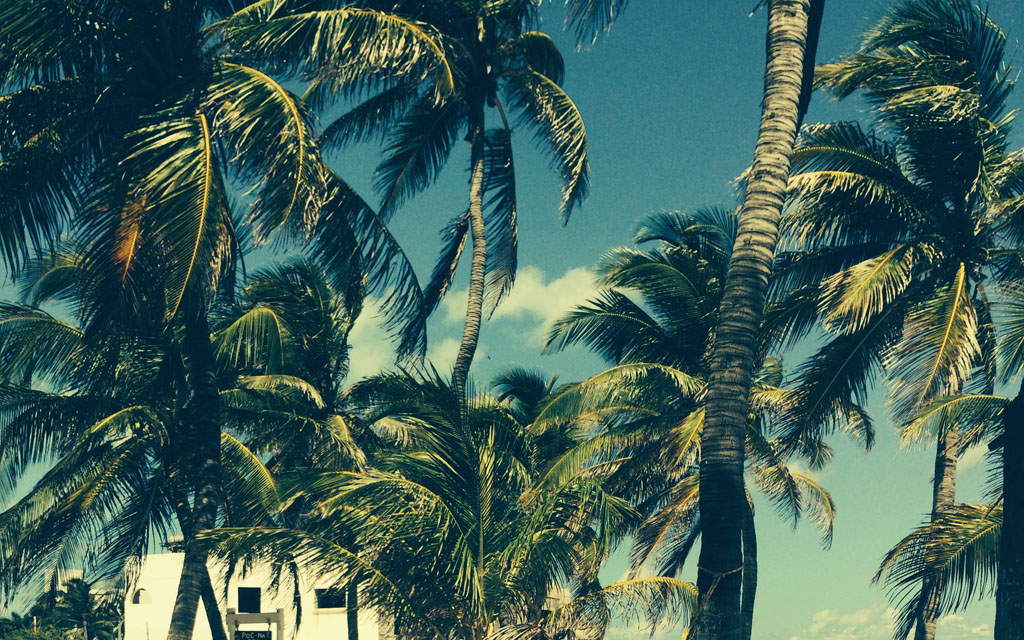 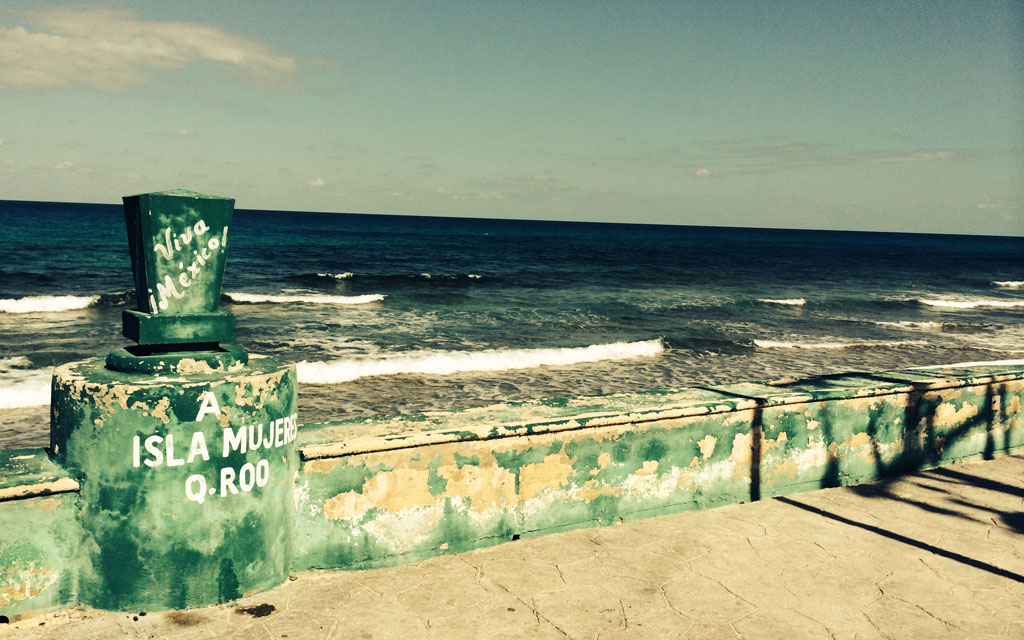 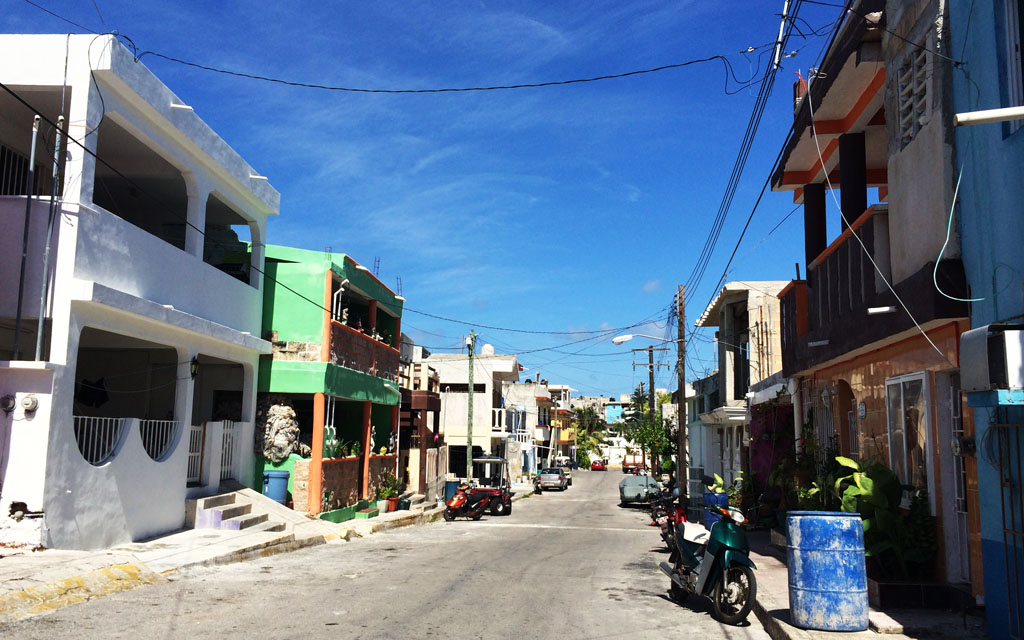 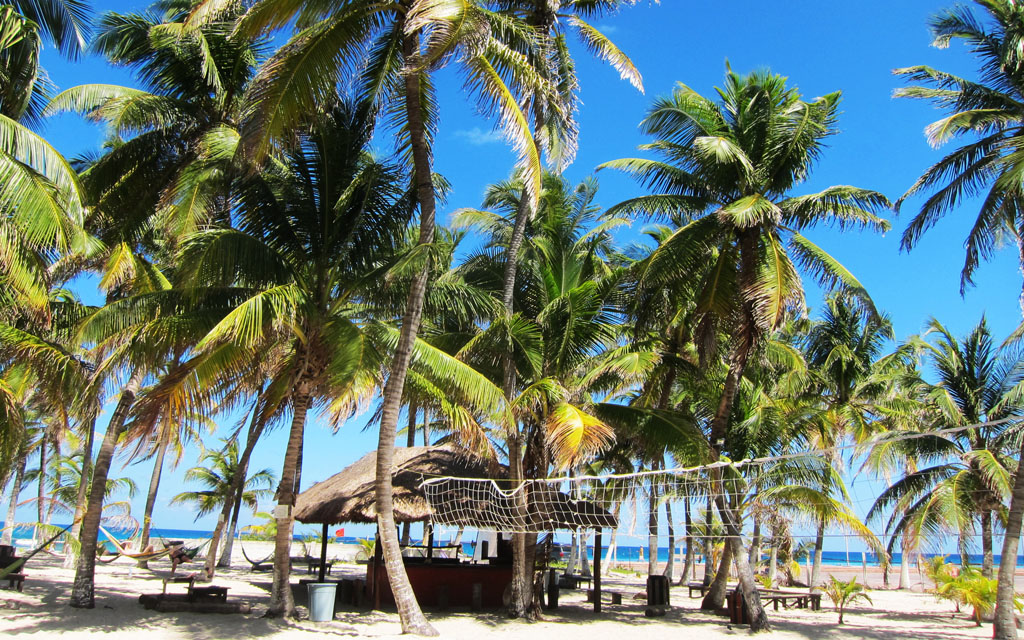 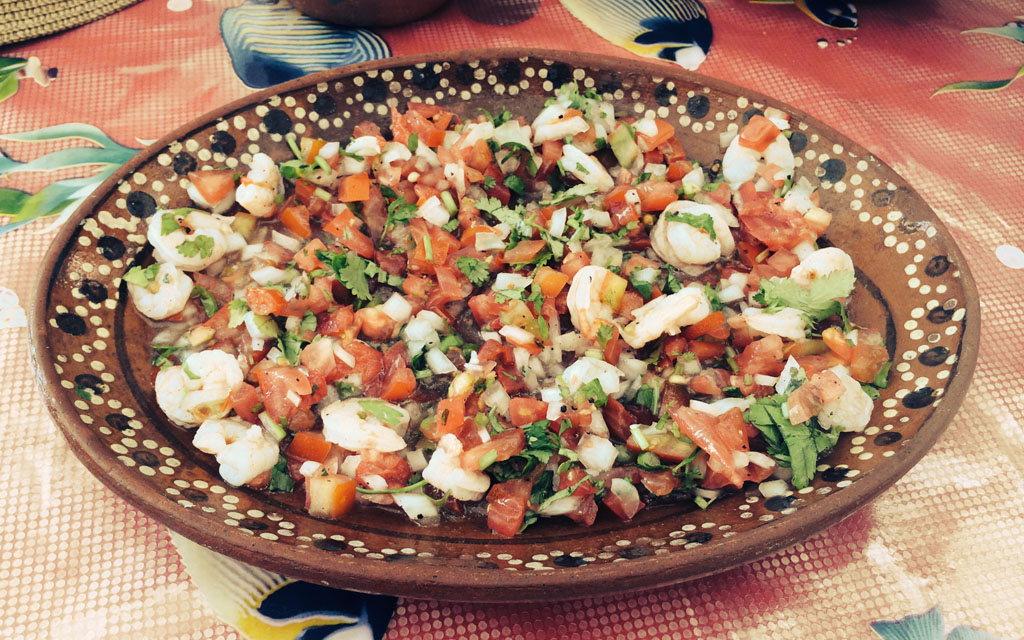 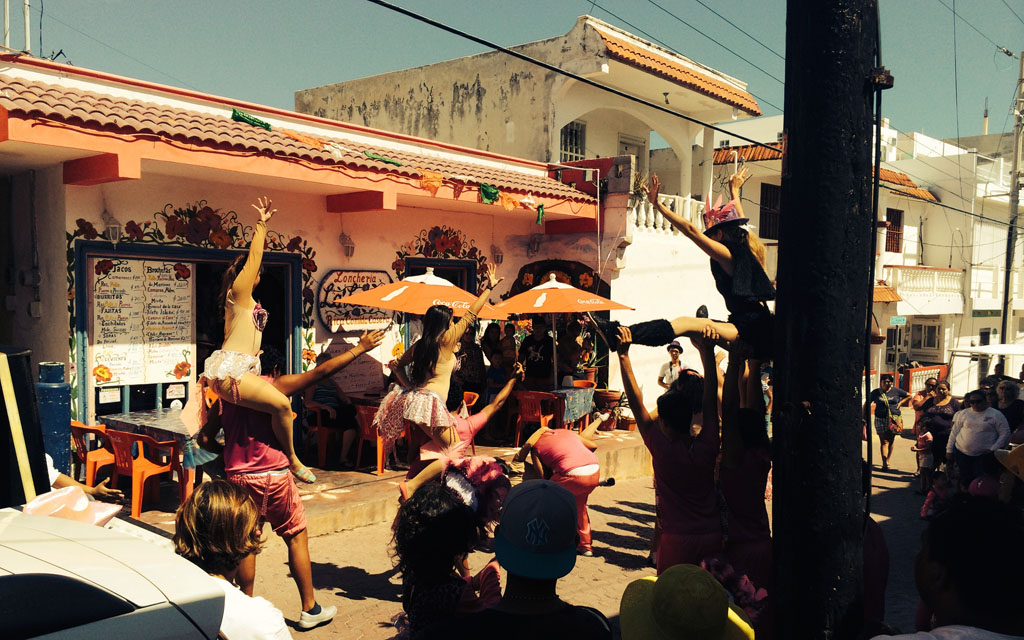 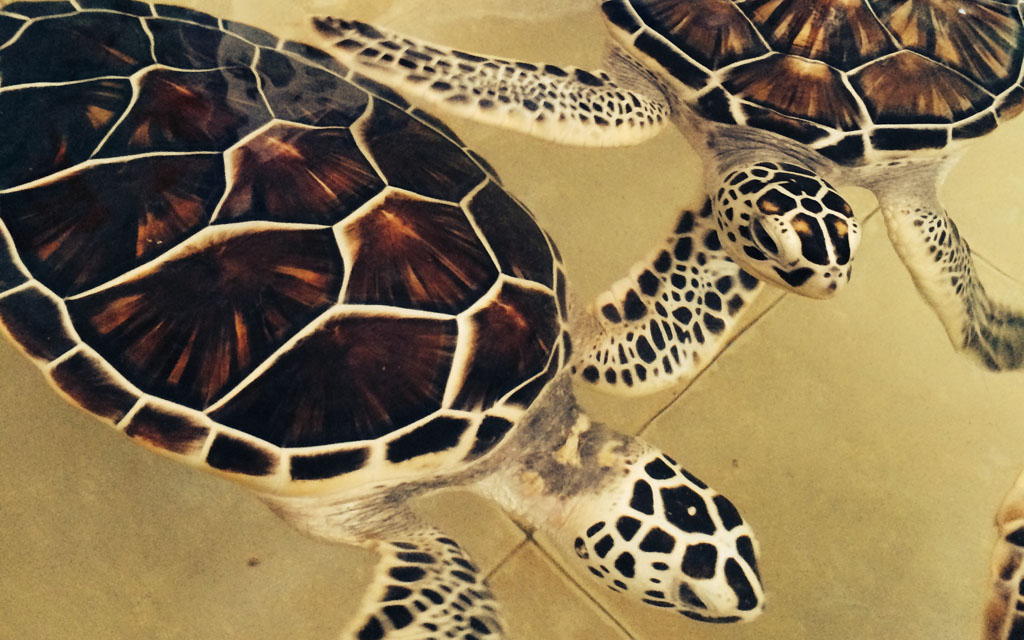 Known in Spanish as the ‘Island of Women’, Isla Mujeres is a small, idyllic island located 13 kilometres off the coast of Cancún.

For many years Isla Mujeres was a peaceful fishing village, isolated and undeveloped, that was until the tourist industry started to bring more and more travellers in search of sun and relaxation to its shores.

Today Isla Mujeres is a popular destination for sun seekers, laid back travellers and diving enthusiasts.

Its popularity is rightly deserved. The island offers visitors a slower pace of life, palm fringed long sandy beaches, pristine waters, and magnificent coral reefs. It is paradise in every sense of the word!

Although the island is only a short distance from Cancún (a 30 minute ferry ride), the difference in mood and atmosphere is striking. Unlike Cancún, which is known for its high rises and partying, Isla Mujeres is a peaceful and relaxed haven, which still retains its small town charm.

Most visitors to Isla Mujeres stay in the small town that goes by the same name, located at the northern end of the island.

It is there along the main drag Hidalgo, a few tacky tourist shops and a handful of restaurants, bars and live music venues sit. And truth be told not much else. But that’s the whole point.

The main attractions are the stunning stretches of pristine beaches, in particular Playa Norte, which runs along the northern end of the island.

Lovely big expanses of white sand allow visitors to plonk themselves for hours under the shade of a gently swaying palm tree. The only reason for one to get up is for a refreshing dip in the incredibly inviting shallow waters of the Caribbean. Total bliss!

Although Isla Mujeres is popular with day-trippers, I would definitely recommend staying on the island for at least a couple of nights. Nick and I stayed for two, though we could have easily stayed longer. Before visiting the island I had heard otherwise from friends, but I guess it depends on what you’re looking for and where you stay.

Both Nick and I were impressed with the hostel we booked. Poc-Na was great value and right on the beach. It is advised however, not to swim directly out front as the open waters can be choppy, instead it is suggested to walk two minutes up the road to the delightful Playa Norte.

The hostel was also extremely relaxed and had excellent common spaces. Poc-na is one of those places where people come for three nights and end up staying three months.

We also fell in love with the little town itself. Colourful, modest houses, friendly locals and delicious food. Although Nick and I regrettably don’t speak Spanish that didn’t deter us from making friends and eating at a number of small local eateries.

Isla Mujeres is still a working fishing village, so the seafood is reliably fresh. Our pick, the grilled fish or prawn ceviche at La Lomita. Excellento! A word of advise, don’t be afraid to eat at the smaller places. We found them to be fresh, cheap and truly delicious!

Although Nick and I were only on the island for a short amount of time we had a number of memorable experiences. One such encounter was when we stumbled upon a dancing troop of about 20 kids, who took over an entire section of road (without any sign of protest from the drivers behind), to practice as it would turn out for some sort of performance that evening. We’re still not entirely sure what it was for, but it was certainly entertaining.

Apart from unwinding on the beach, visitors to the island may head 5 kilometres south for the Isla Mujeres Turtle Farm. Since opening in the 1980s the Turtle Farm has provided continuous protection for endangered sea turtles and their breeding ground.

As the island is only 7 kilometres long, transportation mainly consists of taxi’s, golf carts and moped scooters, which are available for rent in the township.

Moments away from the beach this hostel offers dorm and private rooms.

This small, local eatery serves a range of tasty seafood and chicken dishes.

The island’s main beach, and one you won’t want to leave.

Getting There: Located 5k's south of the main town, the Isla Mujeres Turtle Farm is best reached by bike, taxi or golf cart.