Built around AD 400, Chichén Itzá is one of the greatest Maya centres to have ever existed. At the peak of its civilisation (between AD 600 and AD 1200) Chichén Itzá was the powerful capital of the Maya world and a major political hub. It was also an area where the Maya sacrificed objects and humans as a way of worshipping the Maya rain god.

As a city, Chichén Itzá continued to thrive up until the 15th century, when it unexpectedly and rapidly declined, so much so that it was eventually abandoned. A mystery, which still baffles historians and archaeologists. 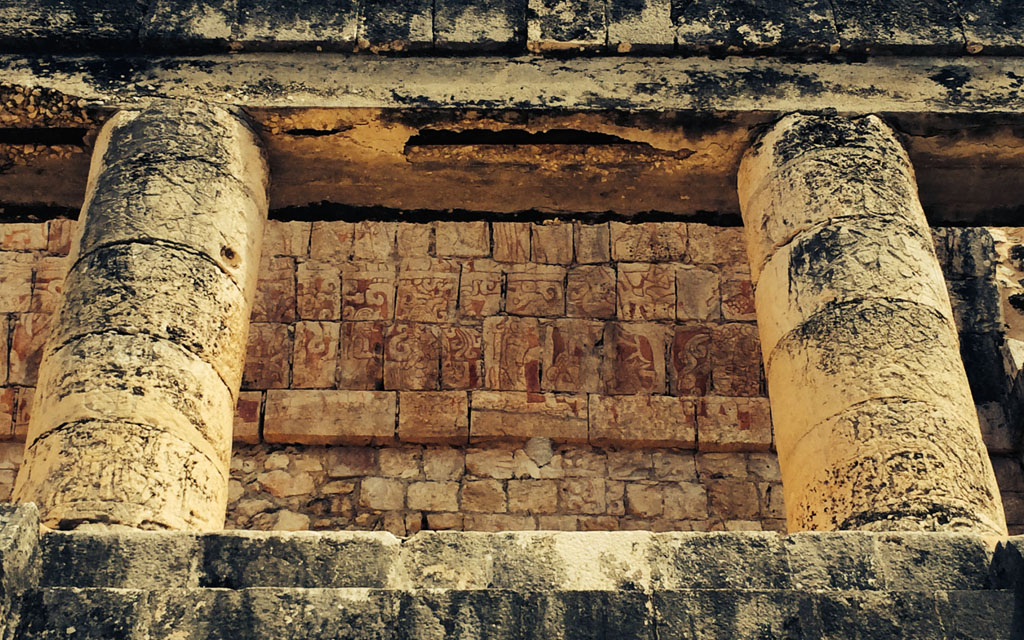 Today, Chichén Itzá is a recognised UNESCO World Heritage Site and covers an area of five square kilometres. The sacred site is filled with both historical beauty and natural charm. Mighty pyramids, towering temples, ball courts and decorative pieces, lie within the Yucatán’s thick jungle and reveal much about the sites 1000 years of history.

Indeed the heavily ‘restored’ ruins of Chichén Itzá, provide visitors with an incredibly detailed look at the living conditions and architectural prowess of the Maya.

The most distinguishable structure at Chichén Itzá is El Castillo, also known as the temple of Kukulkan. The impressive stepped pyramid highlights not only the Maya’s architectural genius, but also their exceptional understanding of astronomy and the solar system. 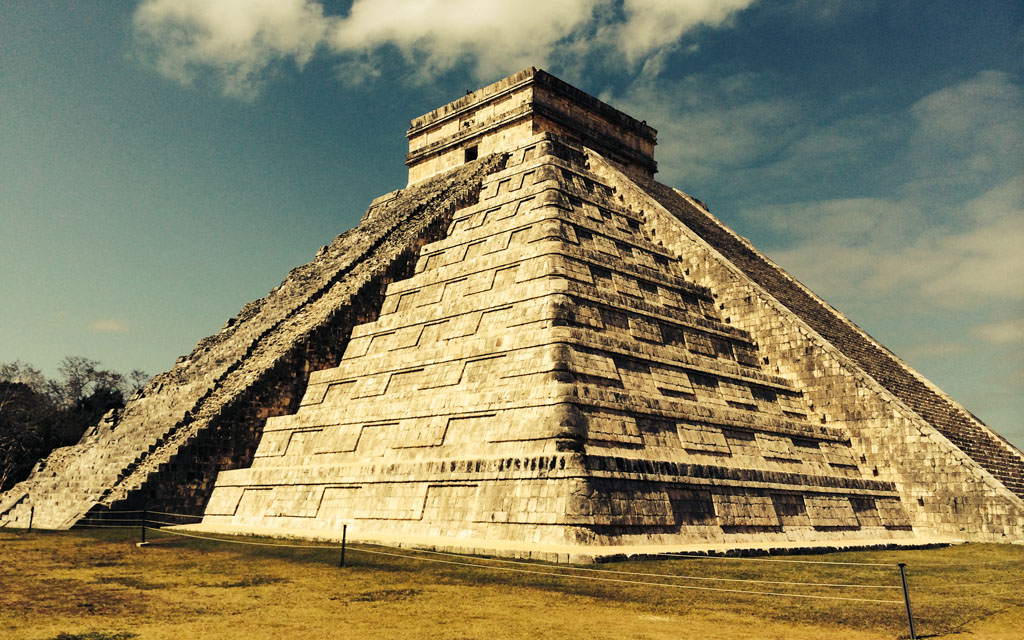 The pyramid’s four sides contain 365 steps (a step for each year), 52 panels (for each week in the solar year), and 18 terraces (for the 18 months in the religious year). Also, incredibly during the spring and autumn equinox, a stream of sunlight creates a shadowed image of a serpent, which appears to be slithering down the steps.

With such historical and cultural significance, and the yearly equinox spectacle it is hardly surprising that Chichén Itzá has become a major tourist stop on the traveller trail. In fact the site is one of the most visited attractions in all of Mexico. Approximately 1.2 million people visit each year.

Keeping in mind that Chichén Itzá is an extremely popular day trip for visitors to the Yucatán (thanks to the site’s proximity to Cancún, Tulum, Medria and Vollidad), it is best to arrive early to avoid the sprawling crowds, as well as the blazing hot midday sun. Also, with little shade it is imperative that you pack a hat, some sunscreen and a bottle of water.

A hugely popular archaeological site, detailing the life and times of the Maya.