Running south from London Fields to Regent’s Canal, the pedestrian filled thoroughfare has been serving the local community with fresh goods since the early 1900s and from then until now has hosted a weekly food market. 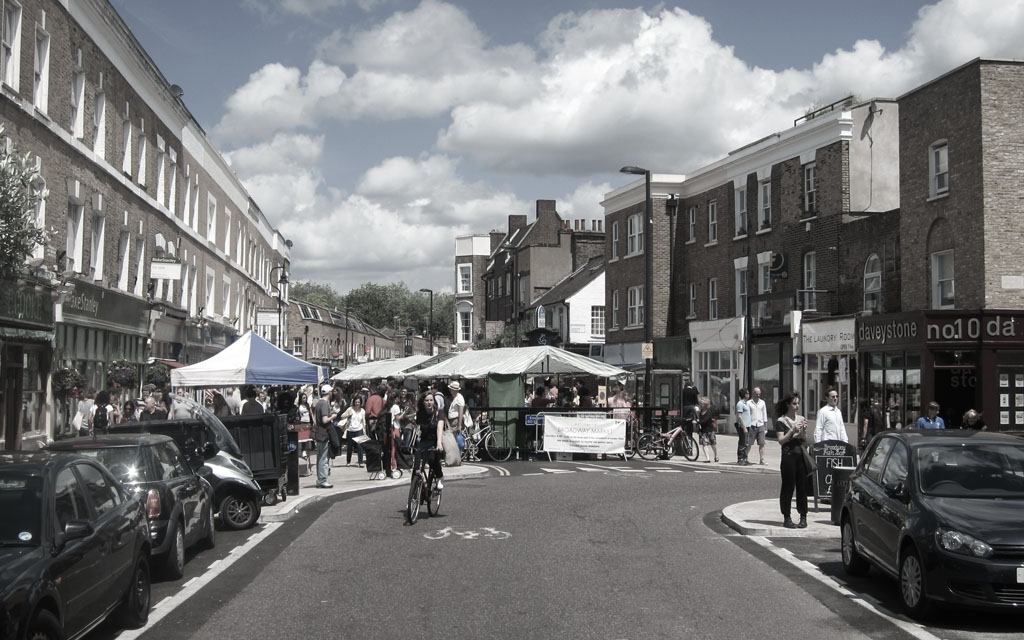 After a period of decline in the 80s and 90s, where market activity was limited to only a handful of stalls, Broadway Market in recent years has experienced a tremendous revival and expansion. Today it stands as a thriving neighbourhood hot spot.

Whether you want to eat on the spot or take home and cook later, the stalls at Broadway Market are full of tasty ready to go and made to order snacks and meals, as well as seasonal and locally sourced ingredients. 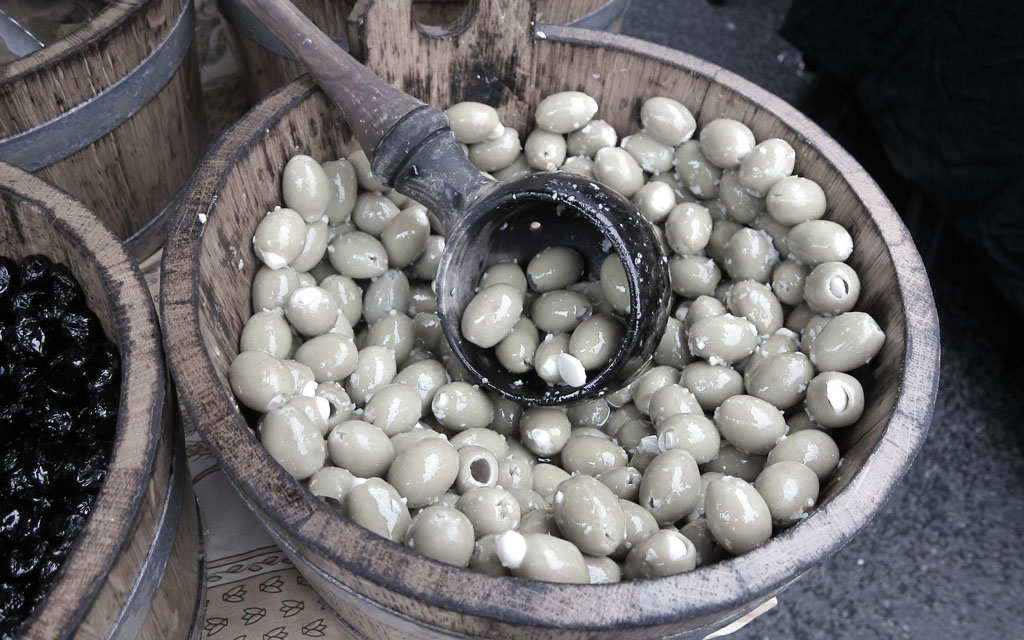 Thanks to the huge selection of food on offer at Broadway Market, when I lived in London it became a place that I was more than happy to revisit. I did however have one teeny tiny issue with the market, and that was there was always way too much good food to choose from. Indecisiveness has always been my downfall.

Just like the food, Broadway Market has a distinctive character and a particularly East London feel to it. It is lively and colourful, and often full of local banter and familiar faces. Indeed the market draws far more East End residents, who come to shop and mingle than it does tourists. 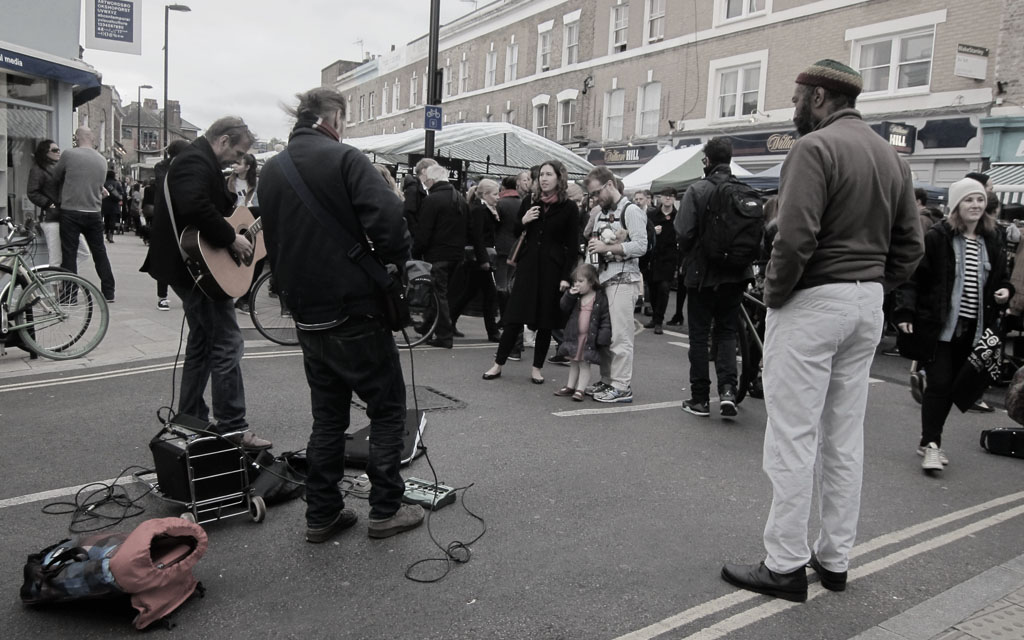 So come market day you can expect to find well-dressed Hackney hipsters, East End locals, food lovers and bargain shoppers, bouncing from one stall to another as talented buskers entertain them as they pass by.

In addition to the food vendors, there are also a number of arts and crafts, and second hand clothing stalls where you can find vintage bargains along racks of pre-owned clothes, as well as handmade bags and jewellery. 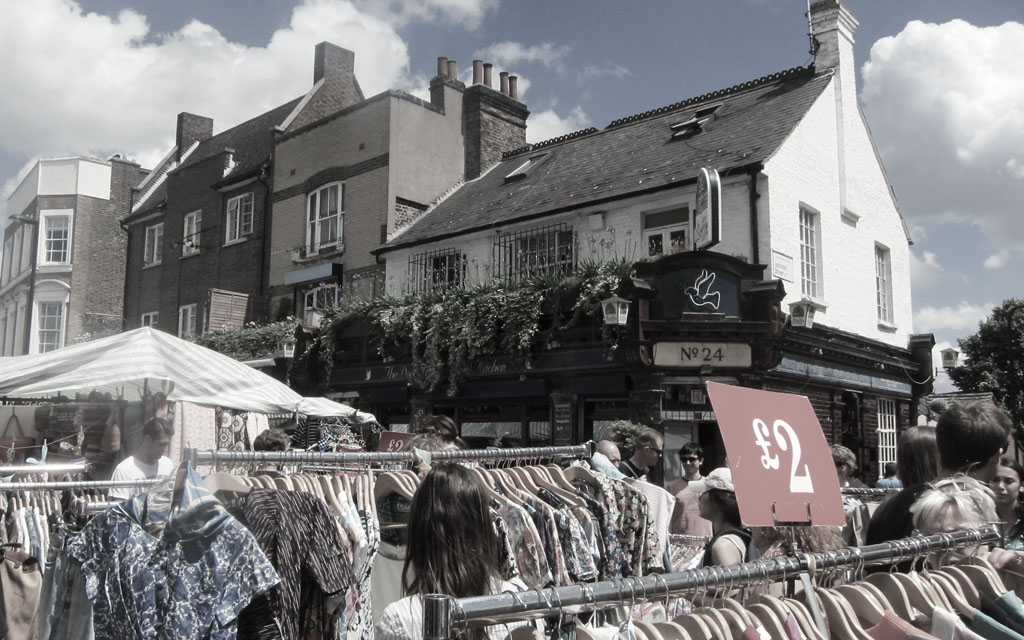 Once you have perused the market thoroughly, and feel confident that you have sampled enough things, I suggest taking your purchased items over to the sprawling lawns of London Fields. Then and there you can stretch out your legs and snack away on your market goodies.

If nothing at the stalls tickle your fancy (I’d be surprised if this is the case), the stretch of road that Broadway Market runs along also boasts an impressive collection of pubs, restaurants and cafés, where diners spill out onto the street. 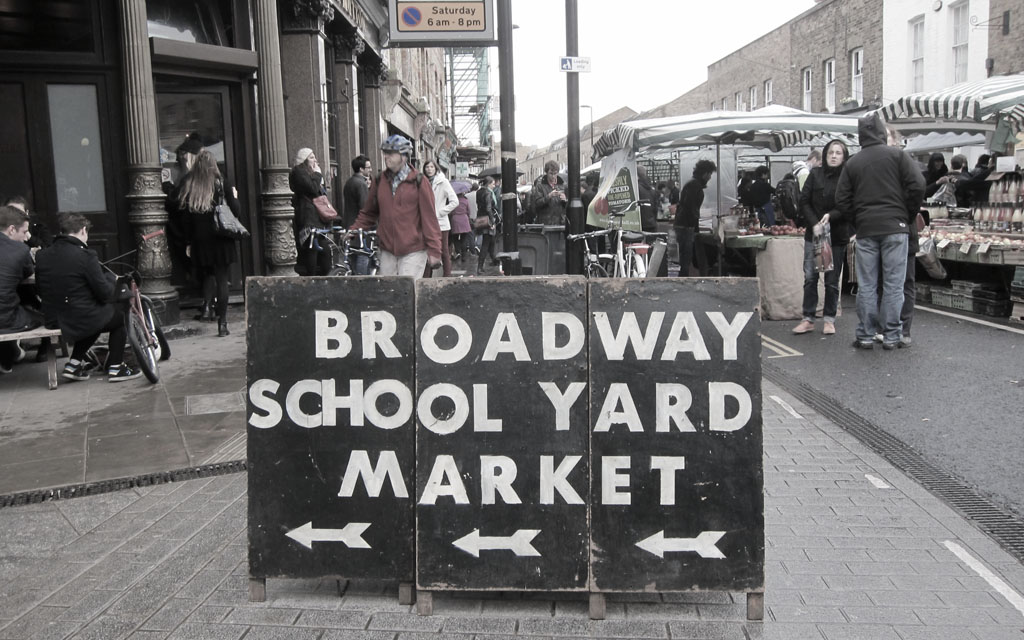 Also, make sure you leave time to check out the neighbouring School Yard Market (an extension of Broadway Market) and Netil Market. Both markets house a small collection of fantastic and independently run stalls.

Personally, I think a trip to Broadway Market is a delightful way to spend a bright, crisp Saturday morning in old London town.

Central Line to Bethnal Green Station. Take the exit to the right, and walk up Cambridge Heath Road until you come to Regent's Canal, then take a left after the canal. Follow Andrews Road over to the market. Should take 15 minutes.